The right support bearing R53 originally a late-2003 is composed of the following parts:

Here is the picture: 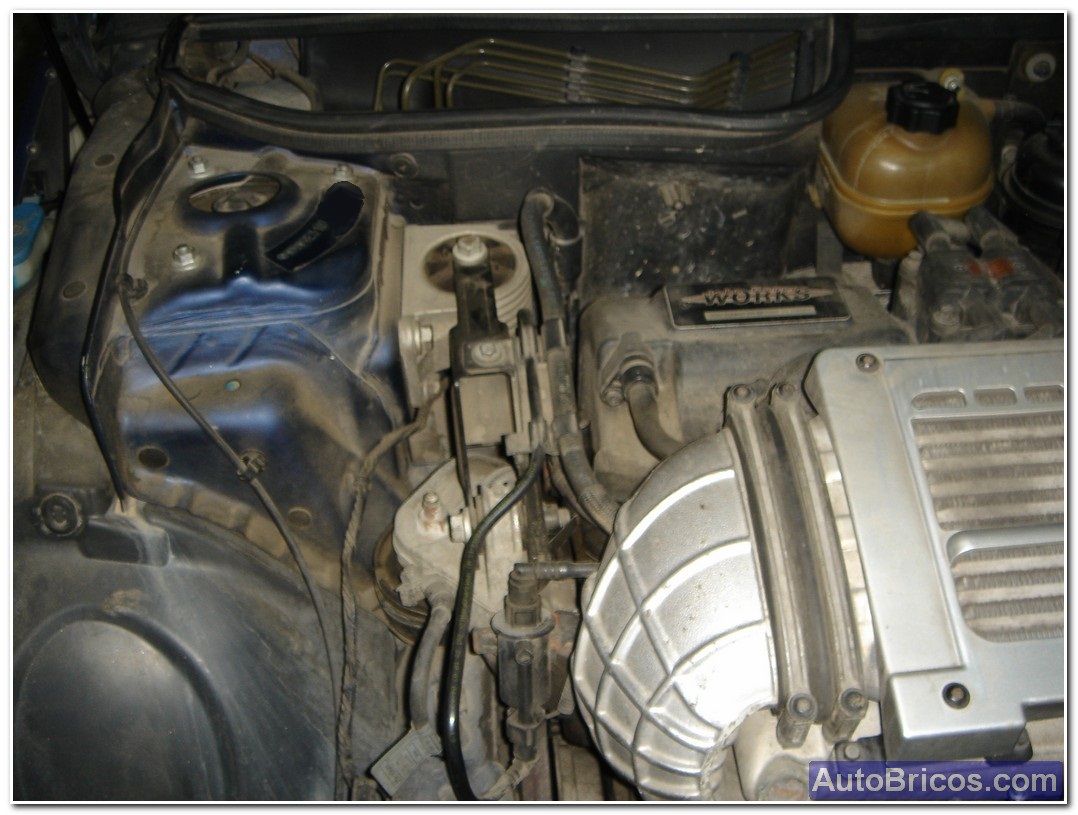 The intent of this upgrade is to improve the RH engine support because after the Mini Cooper S JCW GP mine and were provided with a support system right engine was different than today. Tried to find information regarding this modification but found anyone that I had, so I searched the parts needed and got down to work to make the upgrade to my car.

In this photo you can see the original engine bracket, aluminum body, and part of iron rod: 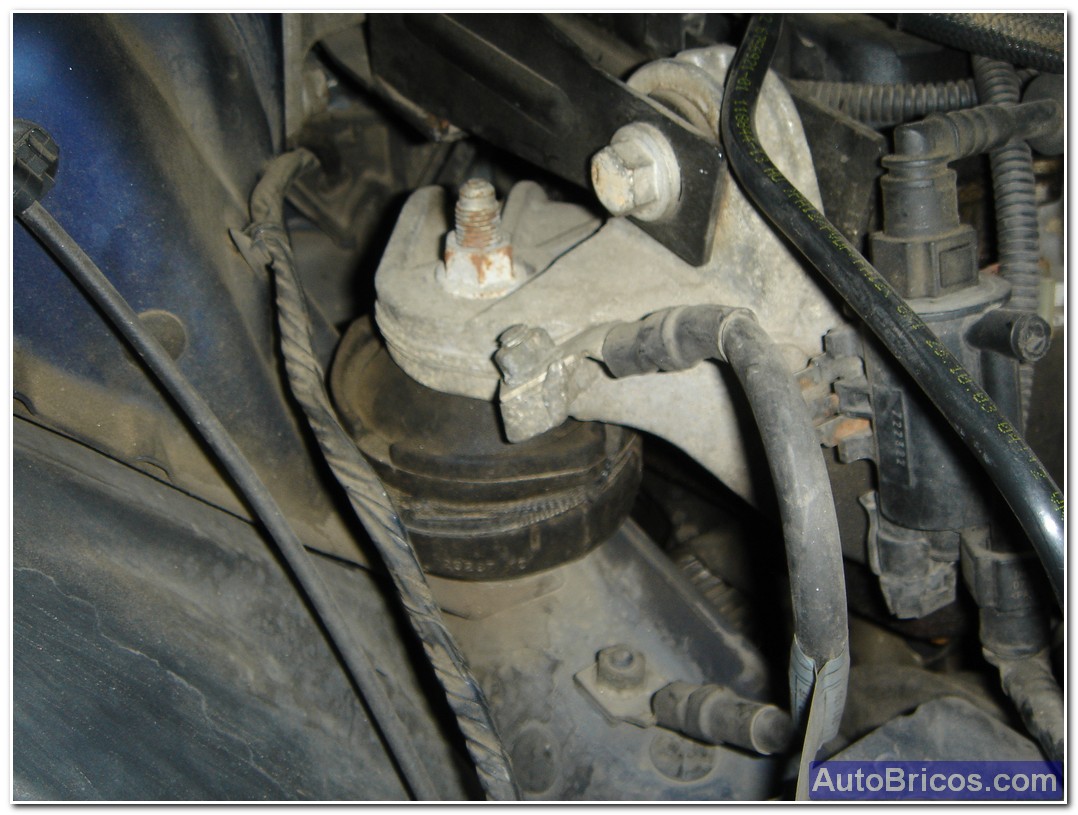 In this picture you can see the strap of iron and aluminum anchor attached to the right turret. It also has a rubber silent block inserted: 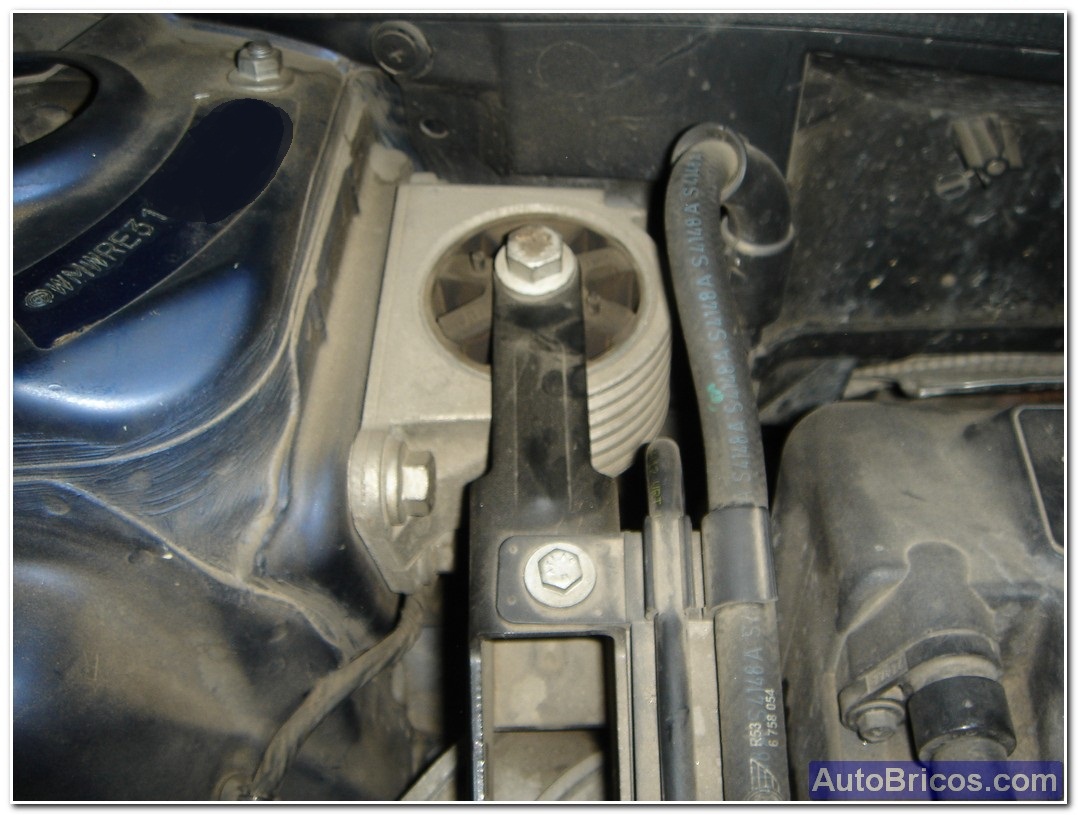 The first is to remove the iron rod. You have to loosen the 2 hex screws as shown in the picture. Return line and fuel (sleeves) can be removed from smooth plastic anchor: 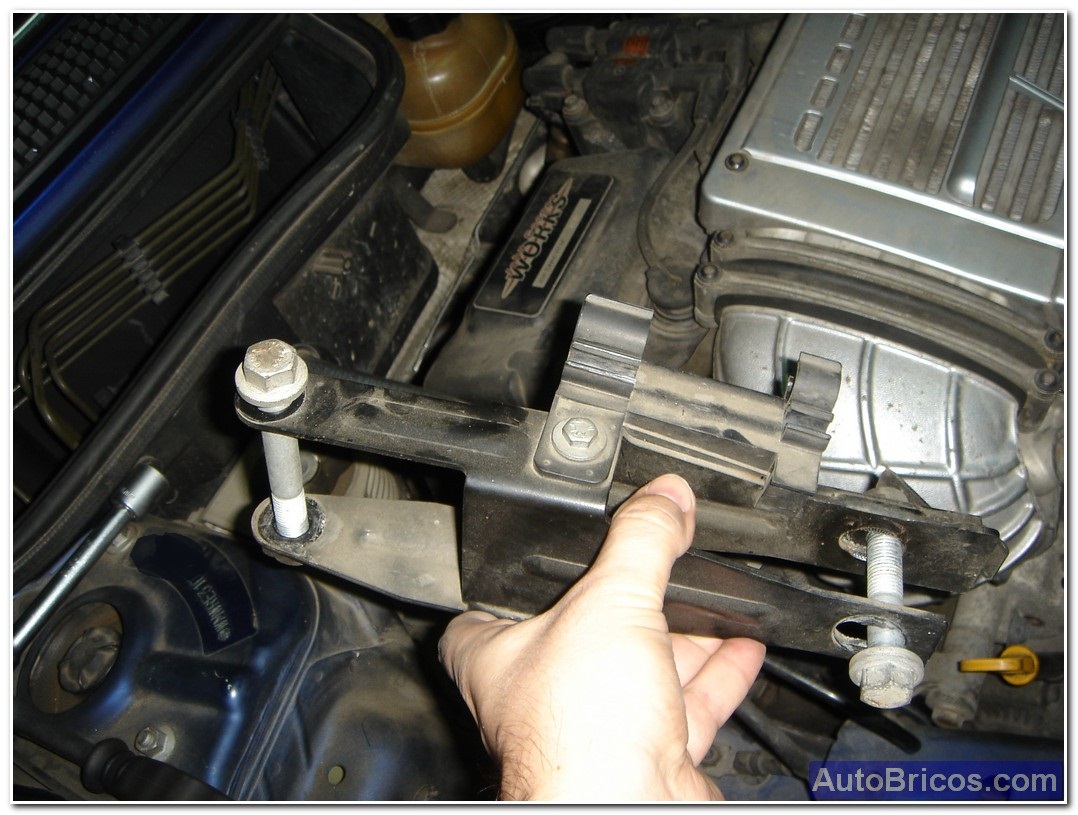 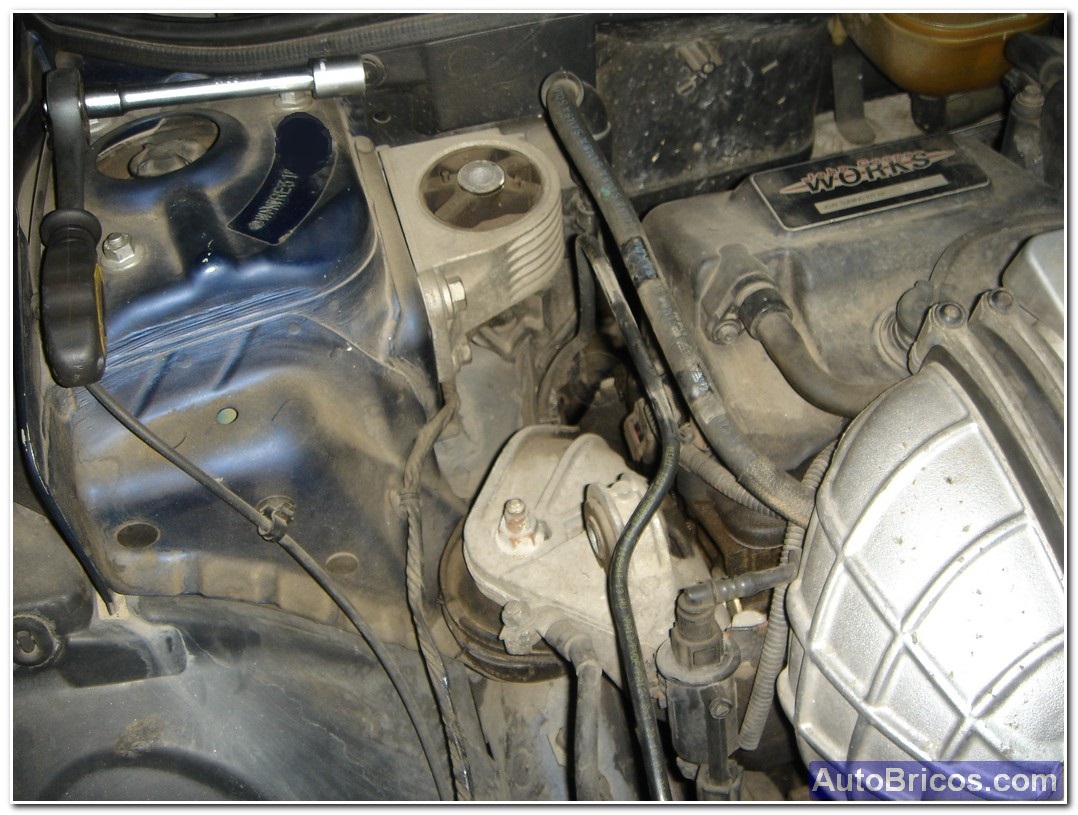 Once extracted the strap, and can pull the anchor aluminum with rubber is attached to the turret. Are 3 hex screws: 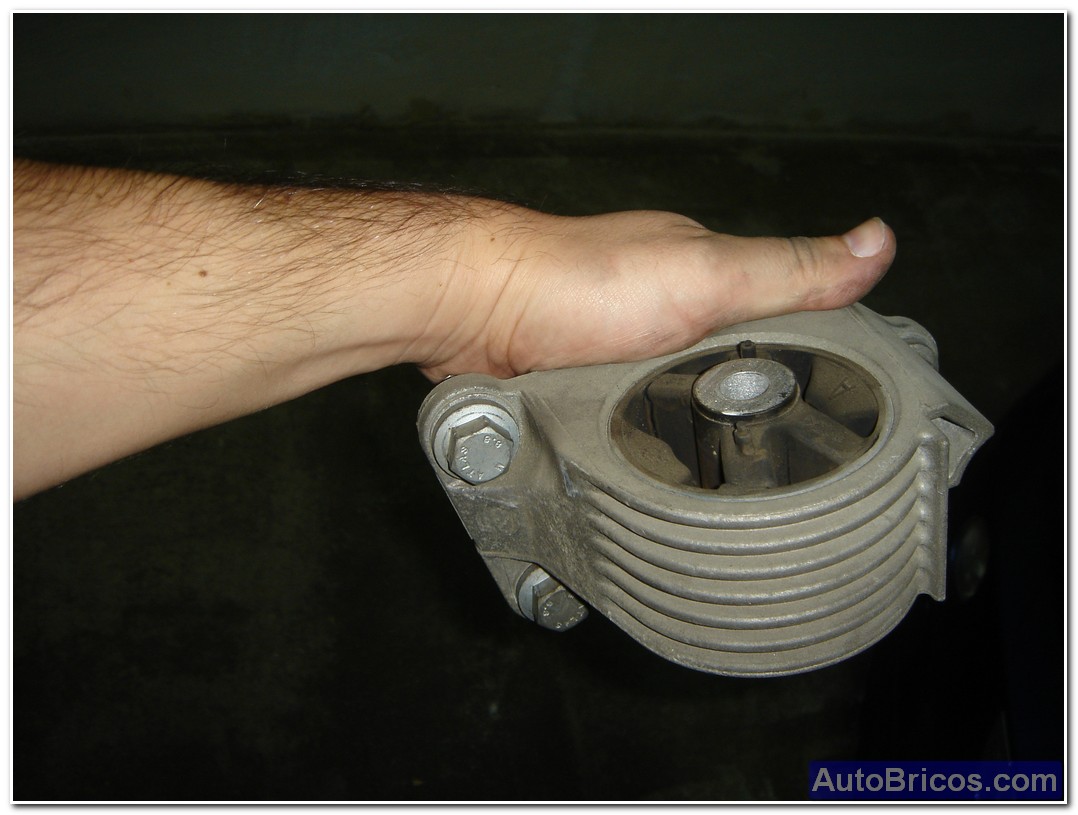 The next thing is to loosen the top nut rubber holder: 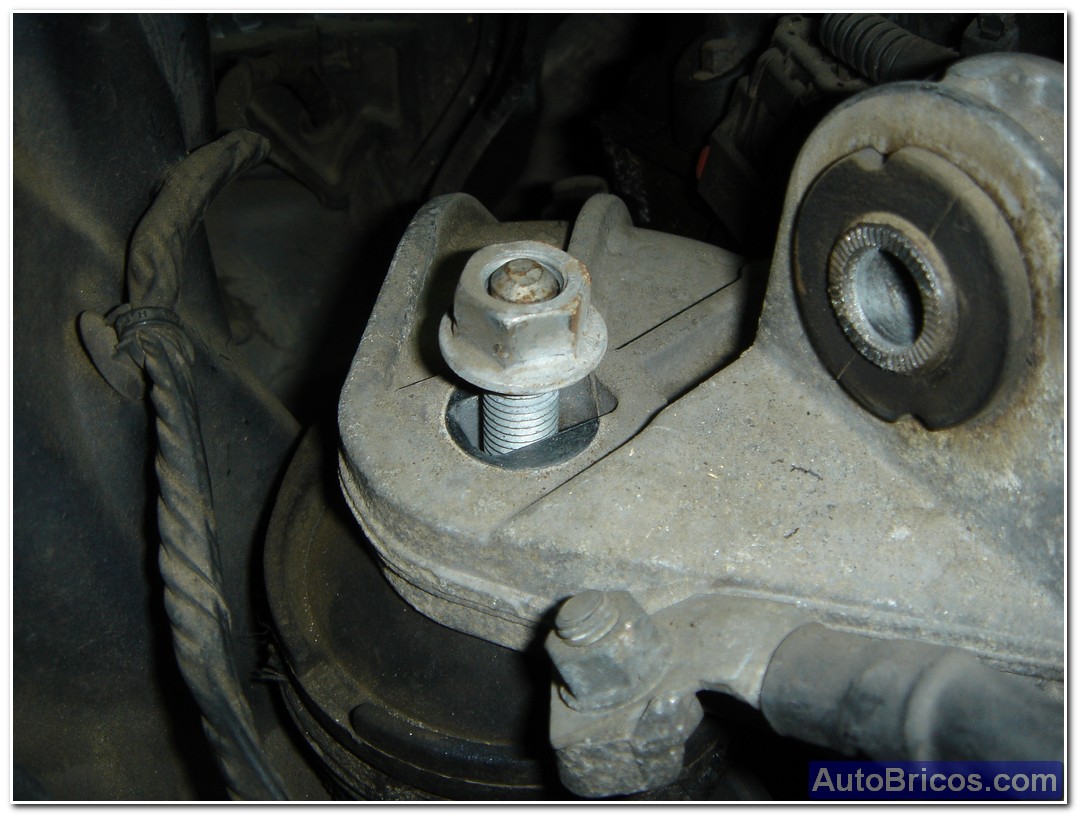 At this point what I did was build a little car with the cat to embed a block of wood under the motor housing to the lower the car, the engine remained supported by wooden block, so we can get the Aluminum body engine support:

Once released the silent-block engine weight, and can loosen the 4 hex screws that hold the aluminum bracket to the engine block.

You also have to remove the ground cable clamp between the chassis with aluminum body:

After removing the aluminum body, we can get the silent-block, you have to loosen it from the bottom of the engine with a wrench long enough (in the area where the crankshaft pulley). The head of the screw in question is an inverted Torx.

In this photo you can see the old support and new support: 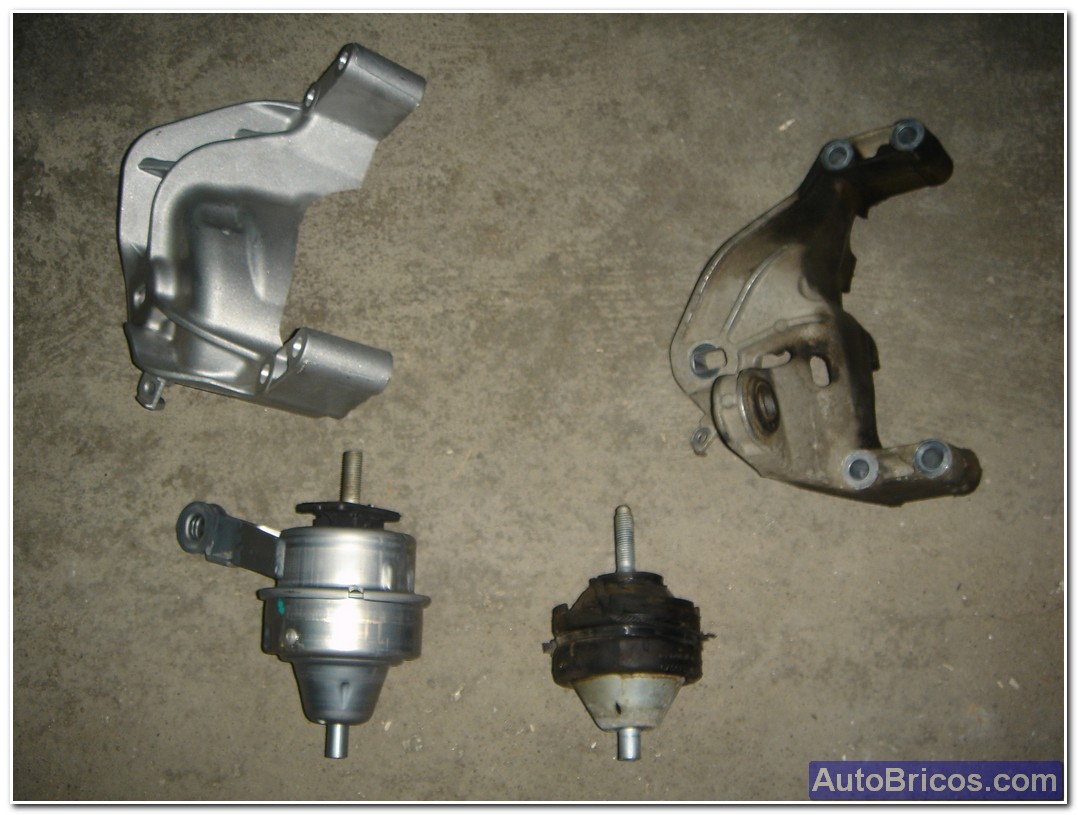 After removing the old silent block, you can install the new silent-blocks, which secured part of the lower screw is also reinforced with extra anchor will pass to the right turret. The following will place the new aluminum body on the motor and screw (4 hex screws).

Once the 4 screws tight hexagonal, we can raise the car back with the jack until the aluminum body begins to rely on the silent-block, and then be released and the wood we had placed as motor support crankcase below, and we may withdraw, and we can lower the car with the jack and remove the jack.

At this time the engine is already fully supported on its support, which can tighten the nut of the media, and we can also reconnect the ground cable through its hexagonal screw.

At this point the entire process would be completed.

For maximum safety in the tightening of the screws, I always recommend referring to the torque tables provided in the workshop manuals that detail the kind of tightening and tightening torque for each screw.