After removing the gearbox, if the clutch bearing is bad (as is the case), it is provable that has also been pushing the fork, and even the guide where the bearing slides. In this picture you can see the type Getrag gearbox (Cooper S) and extracted from the engine, with its rubber support at the top, and linkage mechanisms that are the type that we we activate using the shift lever when you change gears. 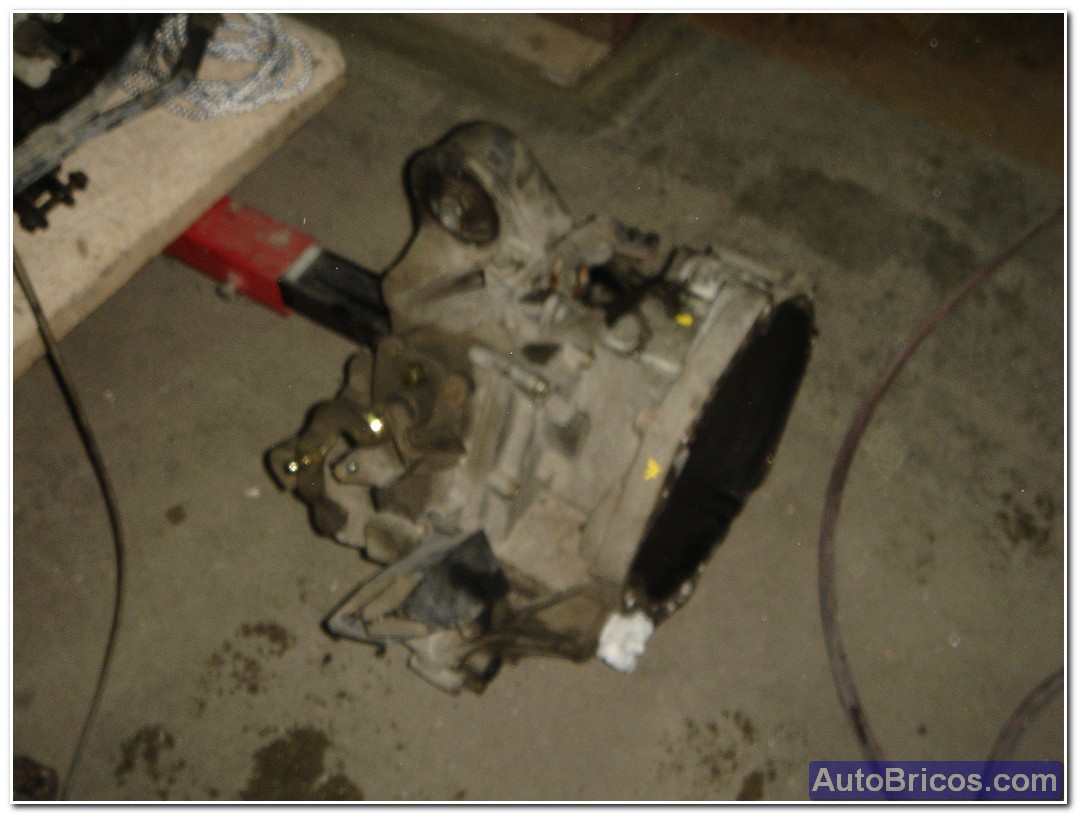 In this picture we can see the inside of the bell of change can be seen as the thrust bearing as the fork and the guide by which the bearing slides:

When removing the bearing saw that the guide was very touched, so had to be replaced with an operation of this size is not suitable gamble a relatively inexpensive part. It can be seen that the bearing was literally shattered.

The fork is also touched, so it's best to remove, and tap to change caps nylon also to ensure that it is perfectly and assembly for wear slacks.To remove the fork is necessary to remove the hex screw pin does. It costs a little fork unlock its axis once removed the pin, but with patience lubricants and slowly it moves and can be removed without problems shaft. In my case I had to warm up a bit the fork until it started moving.The caps can be removed and replaced once outside the axis of the fork.

As can be seen, the fork has a flat in the area harce contact with the bearing to push it, it must be changed because this deformation would cause the clutch pedal path is not uniform throughout its length, the surface area contact of the fork should be completely rounded (no flat spots). In the pictures you can see the fork, pin (Hex), the lever (fork shaft), and the clutch bell with old caps still in place.

The caps are easily removed once pulled the lever (shaft) Clutch:

In my case it is convenient to change the clutch bearing guide as it has been in very poor condition due to a broken clutch bearing, so I removed the 3 hex screws and extract the guide with ease. I also take to change the primary shaft seal change to prevent future leaks valvulina out there.

Take this opportunity to do a little cleaning and removing debris and charcoal materials that have been deposited in the clutch and avoid getting dirty prematuramentetodo the clutch system in general. It is important to keep plugged the holes where the bearings are housed for us not dirt inside the gearbox while we clean. That will sully the valvulina and may cause premature wear and gear mechanisms.

Once we have the bell clean and free of carbon and again we have all the elements we have learned. First will nylon caps, and then spend the lever pivot for the first cap and before moving the shaft by the second cap, new fork will slide along the axis in the correct position. Once we have the guide and fork properly located, insert the screw pin hexagonal ago. It is important that this screw is tightened to the correct torque (see torque chart supplied by the manufacturer). 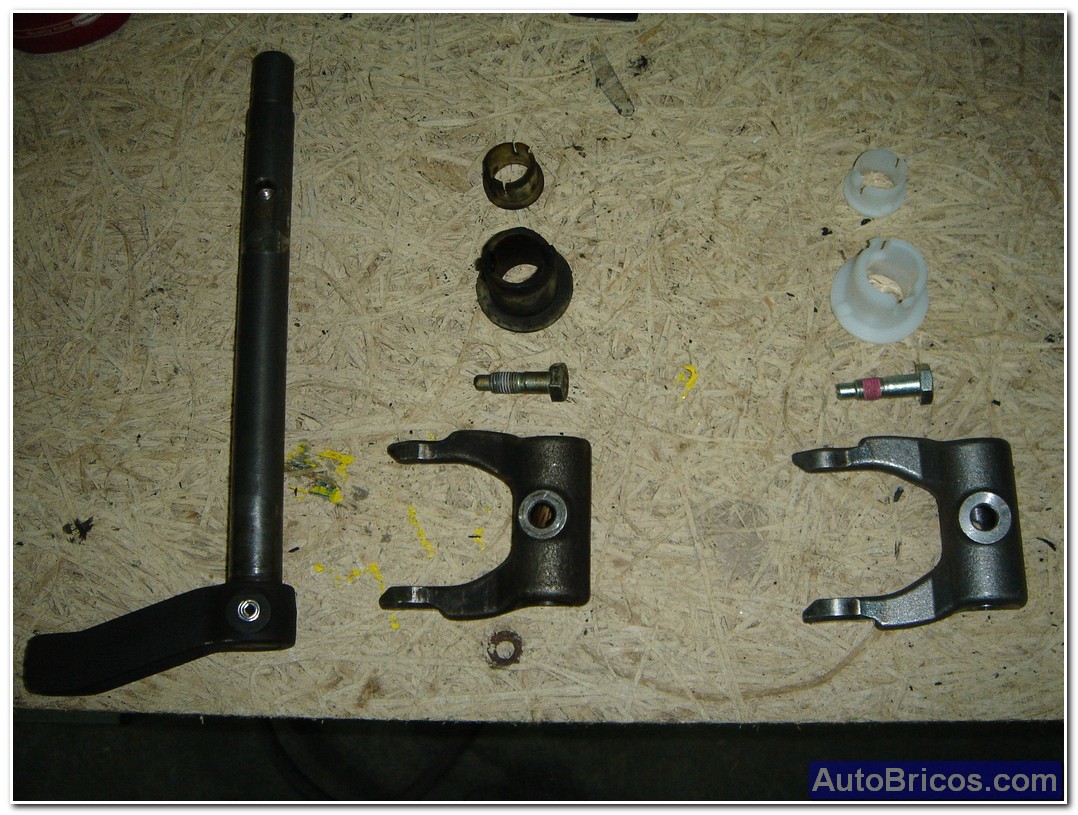 Once the assembly process, we can put the new bearing in place, and we have the gearbox ready for the engine assembly. As you can see in the picture, I put the lever mechanism a little high temperature grease, especially in the arch of the fork, which will be in contact with the thrust bearing and press on it.

These are the references contained my gearbox, for if anyone ineresa check if you have the same version as mine:

Be very careful when handling the gearbox (to move) because the bottom has the support bosses or slave cylinder piston, which is what will push the clutch lever, and improper handling could be break or bend these lugs, never gearbox support on them to avoid shocks, especially when back acoplemos engine box, we have to rely on media to prevent slave cylinder, so it's best to bear and that it remain flight to face it flawlessly.